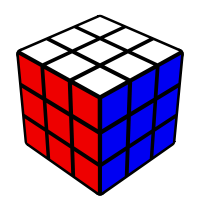 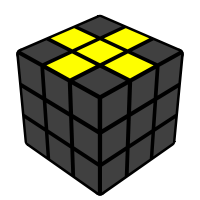 Making the cross on the bottom layer. The edge pieces will be flipped correctly, but might not be in the right spot. 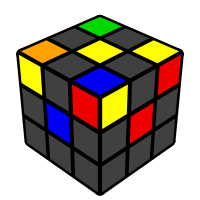 Placing the corners in the correct spot. They might not be flipped correctly. 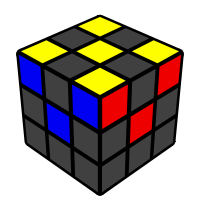 Rotating the corners on the last layer so they are all solved. 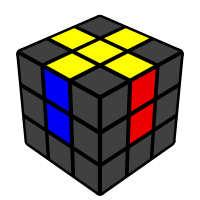 Hold the cube so that the color you solved first is on the bottom. In our case white should be on bottom, and yellow will be on top.

The edges will be in one of the following patters. The diagrams below show the top face of the cube. 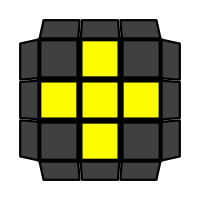 The cross is already solved. No algorithm needed. 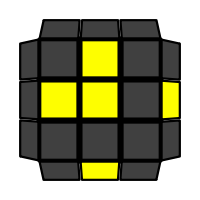 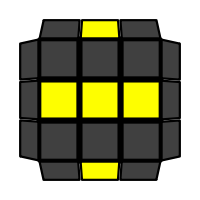 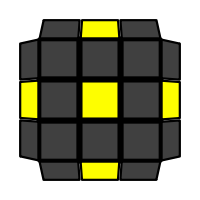 Do F U R U' R' F' and then you will get a line. Then do the algorithm for that case.

The cube will be in one of the following states. 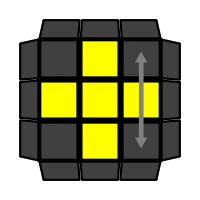 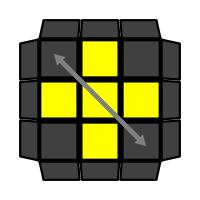 There are 8 orientation states for the last layer. (Including the solved state) All of them can be solved with one algorithm. 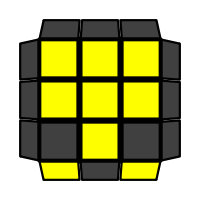 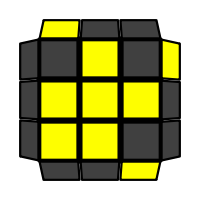 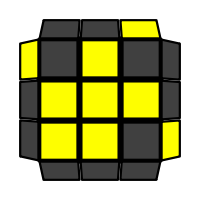 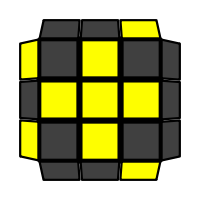 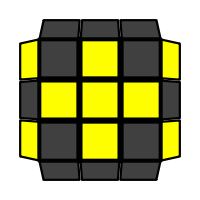 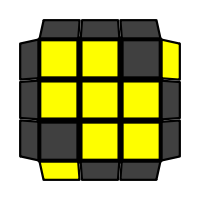 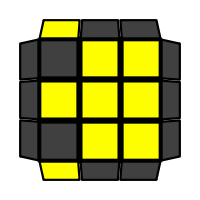 There are four different permutation states the last layer edges can be in, not including the solved state.

After this step your cube should be solved. Congratulations, you just solved your first cube. Don't worry if it isn't solved. You probably just made a small mistake.

With some practice you can solve the cube in under 60 seconds using this method. Using an advanced method you can achieve times of around 20 seconds with practice. 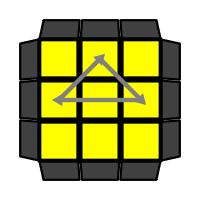 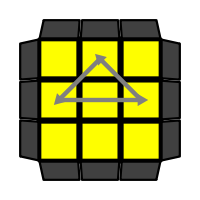 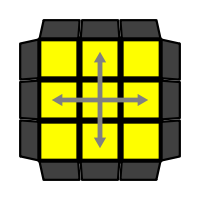 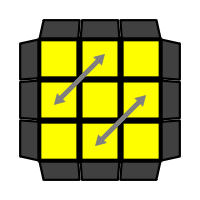